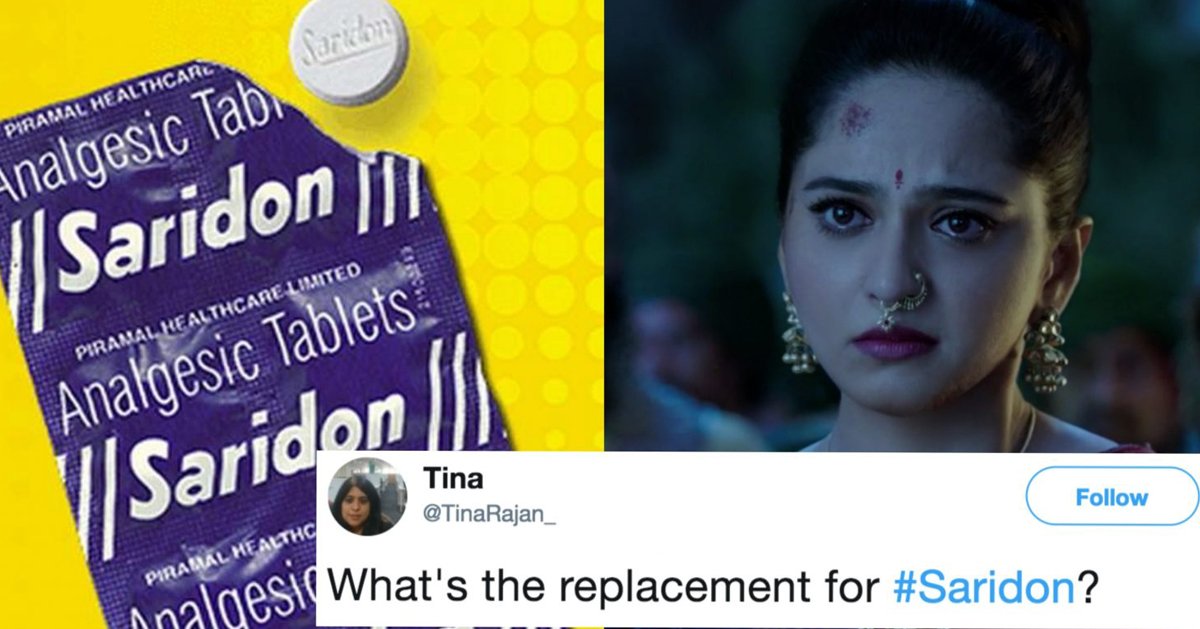 Now Saridon will give you a solid headache.

Saridon and 326 other fix dose combination or FDC drugs have been put to ban by the government to stop their “irrational use”. The motive behind this has occurred to be the failure of the alleged benefits these medicines claims with their ingredients.

The health ministry has ordered an immediate banned on several such cold and cough syrups, pills and many more.

It’s the one medicine that was found in abundance in every household. My granny, mummy and I all three generation of us swore by it anytime we had a headache. With the word ‘sir dard’ all we could think to combat it was through Saridon. But guess? No longer now. We’ll have to switch off to other alternatives.

Among the roughly estimated approx 6000 medicine brands, the popular medicines that will no longer appear on the shelves of the medical stores are :

However, various protests are on by the manufactures of these medicine brands in high courts and the Supreme courts. The matter was examined by The Drugs Technical Advisory Board when asked by SC and the fact that there was no therapeutic justification in 328 FDCs which could result into a risk for the people was proved by DTAB which led to the ban of these medicines. For six other FCDs, Court suggested restricted manufacture and sale based on their condition of therapeutic justification.

I know we were not at all ready to bid adieu to some of these medicines that used to be in our handy but nevermind, medicines are meant to heal you.It’s quite appreciative of the government who is constantly trying to provide us the best of everything.

Meanwhile social media is flooded with the sarcastic pictures and memes. Take a look here !