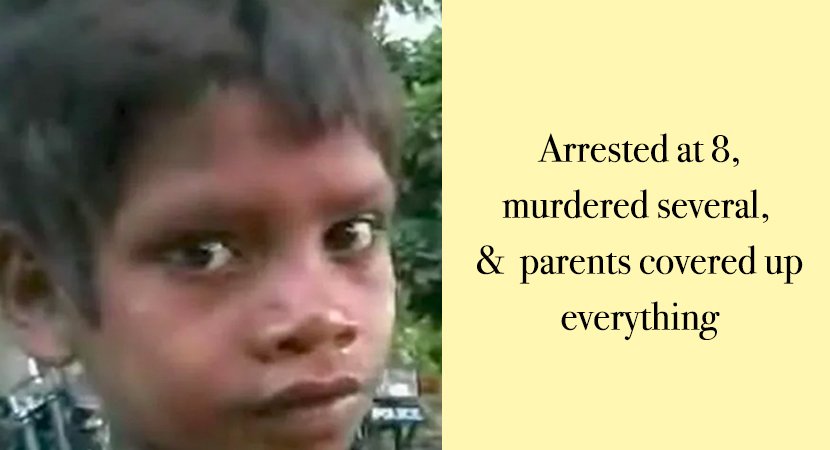 These blood thirsty names will send chills down your spiny.

Cyanide went on a killing spree during 2005. He was the most sought after killer those days. Cyanide coaxed many unmarried girls into having sex with him and later used to make them consume cyanide pills in the disguise of contraceptive pills. He killed 20 women throughout 2005-2009. Cyanide was later sentenced to death by the court in December 2013.

Auto Shankar
Popular as Gowri Shankar, he quickly became famous as a transporter of illegal arrack (coconut liquor) who also used to perform the local flesh trade. But what gets him on this list as one of India’s most threatening serial killers is his binge killing during 80s. During a period of six months in 1988, Auto Shankar kidnapped and murdered 9 teenage girls from Thiruvanmiyur, Chennai. Though initially he blamed the cinemas he caught his influence from, a month before his execution, he finally confessed to have committed the murders under the pressure of some politicians who actually had raped the abducted teenage girls. Shankar was hanged in Salem Prison in 1995.

Charles Sobhraj
Sobhraj was one of a kind killer. During 1975 to 1976, he murdered around 12 people in various places in South East Asia. Unlike most other serial killers, Sobhraj used to gain the trust of his victims and then plan to kill them in order to lead a luxurious lifestyle. The bodies of two of the women he killed were found in bikinis, that earned him the nickname, ‘Bikini Killer’.

Renuka Shinde & Seema Gavit – The Bloody Sisters
Renuka Shinde and her sister Seema Gavit were initially a petty thieves. Soon , they found out an easy way to earn money . They thought of using children as defence against accusations in case if they are caught. So they started kidnapping young kids. Children who started creating problems, were killed. From 1990 to 1996, they killed about 6 toddlers. They have been sentenced to death.

Akku Yadav – what comes around goes around!
He was more of a local goon who used to molest and kill women in the area where he  had his business. The 32-year old Yadav faced the outrage by the mob right outside Nagpur District Court. Even his penis was chopped off by a woman in the village. True justice right there !

Previous article10 Coolest Robots You can Actually Own under $1000 (…. in 2018)
Next articleFacts About Google that You Won’t Find in Google