Common English Mistakes Made by Indians 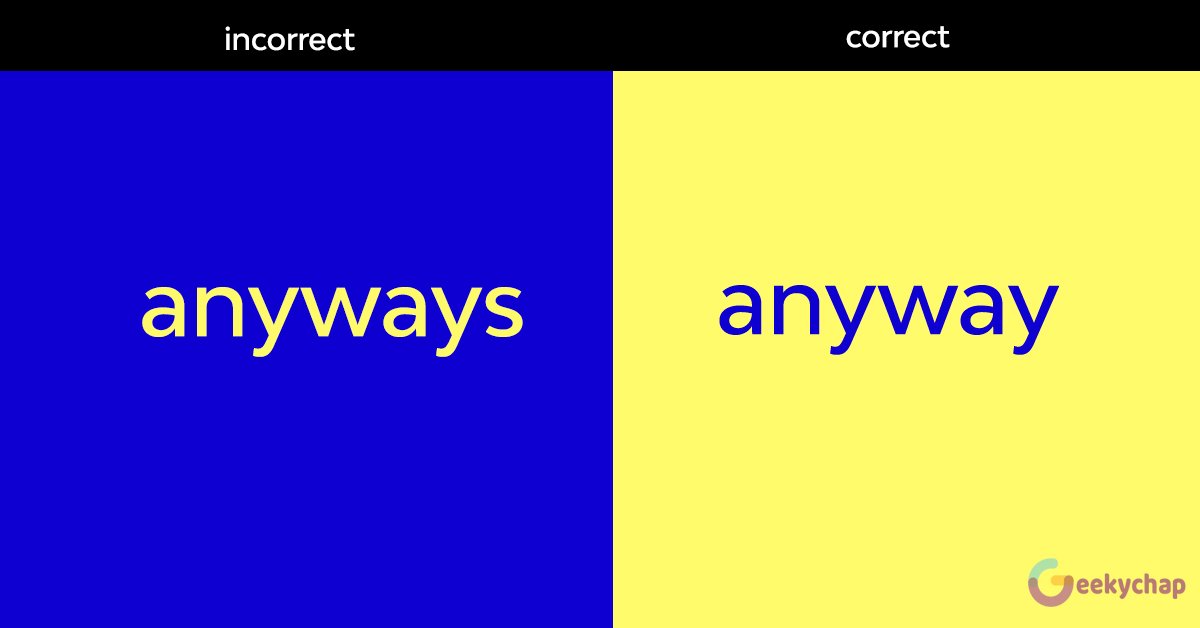 Grammatical mistakes are a big no-no in today’s era. Take a look at some common errors people usually make and keep yourself updated.

The apostrophes are used mercilessly anywhere anytime. But always remember to put it on a proper place.if you wanna refer to a group without mentioning everyone’s name just write “ the Mehtas’’ company.

Well, this one is the most common of all. People generally write “piece” instead of “ peace” while mentioning “ Piece of mind”

“ whet” means to increase. The word “ Wet” is wrongly used.

Well, the appropriate term is “ All of a sudden” in case if you wanna say suddenly.

It’s just a water- heater neither hot nor cold.

The accurate phrase is “ toes the line” that means to go by all the protocols.

Literally means actually, so if you are saying you literally killed him means you murdered him.

It might be written as Espresso everywhere but it’s pronounce as “ spresso” .

So, next time remember this when your visit a coffee house.

Well, if you are trying to depict if something is not your cup of tea then say it, it’s not my “fort”

Well the correct word is peek and not the “ peak” that means to have a quick look of something.

The use of “ year” here is useless. It’s just the 1st anniversary or 25th anniversary.

The proper correct legal term is “ Due diligence”

It’s a mistake, many people often do.

It’s not actually an error but there are better ways to start a sentence.

Many people confuse your with you’re and that’s just not acceptable.

People often use accept in place of accept that altogether has a different meaning. To except is to leave and accept means agree