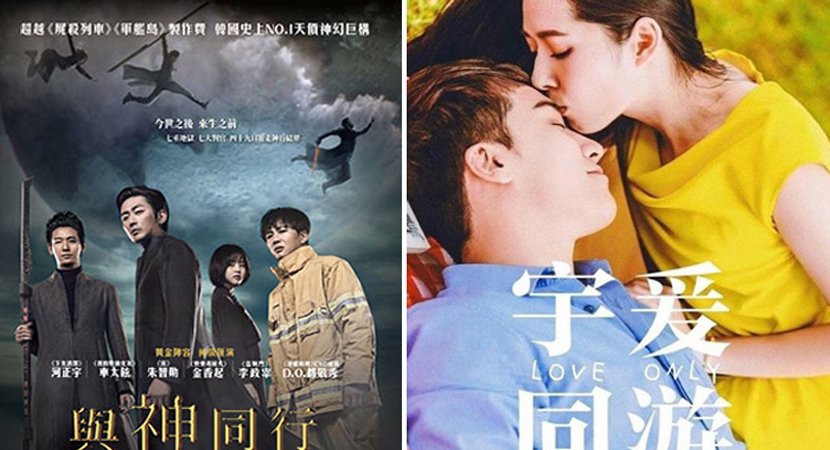 A major part of the crowd has plunge into preferring Korean movies over Bollywood and Hollywood films. Because of its impeccable ways of story-telling, these movies have began to rule over the people’s mind. Well, if you still not have given a try, and want a break from the regular cinemas, we have prepared a list of some must-watch movies to start your Korean venture with !

Loaded with melo-drama, this movie is a must watch because of its plot. It’s a story of a mother whose son is convicted of a teenage girl’s murder case. Her strong will helps her in investigating the real culprit and uncover more than what she bargained.

Grab some tissues, as it’s an entirely emotional drama directed by Lee Chang Dong. the film’s plot depicts the unusual yet beautiful romance between a criminal who has just been out of the jail and a physically challenged girl. The movie shows the plight of the protagonists, and how the world is unwilling to accept them and their love.

Another masterpiece by Lee Chang Dong, Peppermint candy shows a man’s journey through all the odds and ends of his life. A story of love, war and death in reverse order, It perfectly perceives the emotion of anger, anxiety and failure. It marks its beginning with the protagonist trying to suicide and then presenting before the audience with the metaphor of train going into the flashbacks of the days that pushed him to the edge of giving up his life. It leaves the people wondering that was it life that pushed him where he is now or it’s the protagonist himself. Each and every character of the movie has done an impeccable job with their role.

The title is indeed self-explanatory. Starring, Kwaon Sang- Woo, this movie has a luminious heart- wrenching love story. The protagonist is diagnosed with a terminal illness and it’s his plight to hide it from the love of his life, in order that she gets a perfectly- suitable man who will be by her side till infinity.

A south-Korean black romantic movie, my scary girl is directed by Son-Jae-gon. With a comparatively low budget and lead actors that were not very renown initially, my scary girl turned into a huge success overnight. It’s a story of a 29-year-old Hwang Dae woo falls in love for the very first time in his life, the relationship feels too good to be true only then he finds out that his girls is hiding something heinous from him.

A south Korean crime drama film, co-written and directed by Bong-joon-ho. Based on the true story of the serial murders that reigned between 1986-1991 in Hwaseong, Gyeonggi Province. The story has a massive suspense that starts with three detectives struggling with case of multiple young women being molested and raped by an anonymous murderer. The character development is fascinating as well as plausible to a great extent.

Written and directed by Lee Myung-se, this movie is set in incheon in South Korea. The scenes opens with a murder and continues with cops investigating for the culprit. The best thing you will find is so many innovating editing techniques, flashes of color, jump-cut, step-printed, slow-motions and the list goes on and on.

well, if you are one of those who find Korean movies a bit too slow paced these movies will surely suit your taste. Go, hit your torrent now !!

Previous articleSafe (and the Worst) Birth Control Methods to Prevent Pregnancy
Next articleMango People Who Suddenly Became Internet Sensation For No (or Little) Reasons.