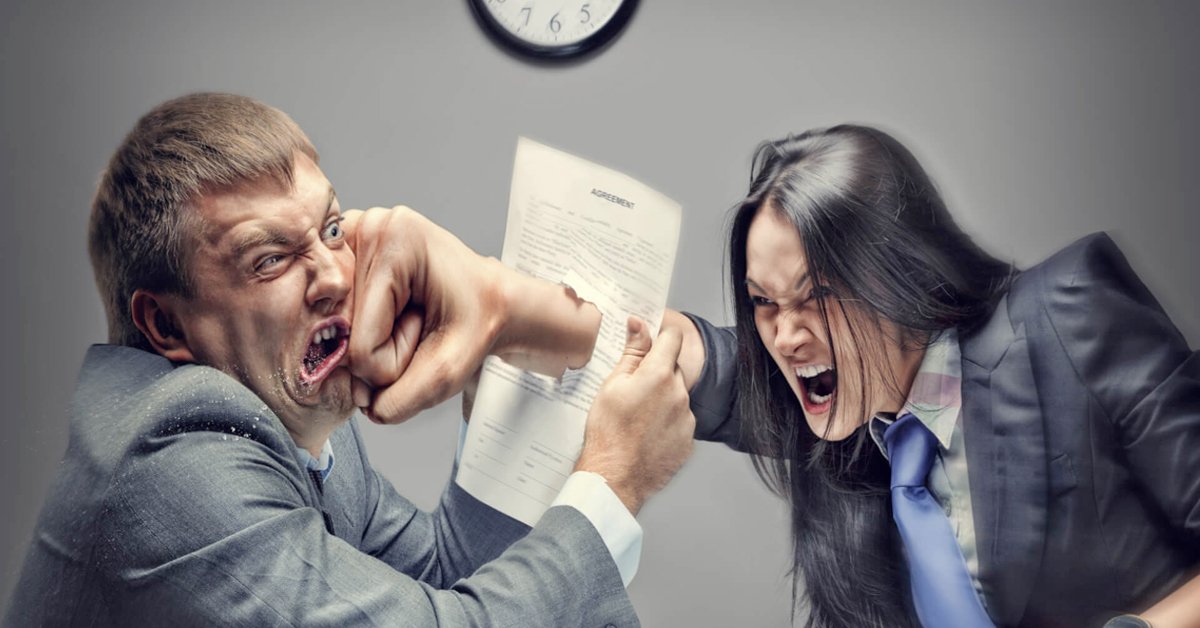 Gone are those popular beliefs that said “ Matches are made in heaven, and marriage should last till infinity” nowadays, marriage has become a bond you can break, mould, twist anyway you like. Take a look down here :

Everytime Matthew left the cup by the sink side after having his regular coffee, his ex-wife thought he is treating her indifferently and thus, she lost her cool and walked out of the marriage leaving Matthew in utter shock.

After completing 22 years together, this couple’s relationship faced a mar of politics. Righter after when his wife found out that her husband has voted Trump and not Clinton, Gayle felt betrayed and decided to put an end to this union.

In Italy, a man 99 years old, felt the pain of Betrayal when he found her wife’s love letter addressing to her lover written in way back 1940’s. The man immediately called off his 77 years old marriage no matter how hard his wife tried to convince him.

Husband, be careful now.!! In Saudi Arabia, a woman got offended when she eventually found out the nickname her husband had store her number with. It was “Guantanamo”  that means a military man in the US. She got so offended that even after her husband begged her to stay she wasn’t convinced and walked out of the home.

You gotta read this if your husband is a football fanatic too. A football enthusiast left his wife because his wife decided to wash his t-shirt where he used to collect the autographs of all his favorite soccer stars.

An Italian man filed for a divorce stating the reason, that her wife is possessed by the devil and he has seen her moving in the air casually.

A 29 year woman has filed a divorce for her husband as he told her once that he doesn’t really care for it. Like personally.

A woman from Taiwan kept pinging her husband and she didn’t receive a single text back. This although more increase her fury and hence he was shunned for forever.

On a national television channel, a man revealed he divorced his wife because her wife wasn’t even born with a Vag-ina. Her wife had MRKH syndrome that leaves its victims without a Vagina, cervix or uterus. Poor Girl!!..

This man had no proper toilet in his house, neither was he willing to install one, which lead his wife to file a divorce. The court considered it a torture and granted them the permission to get separated.

Coz her husband didn’t have shower for 8 long weeks. Yuck..!! this one’s seems truly a genuine reason.

Well, talking too much or not talking at all both can risk your marriage. A woman divorced her man in L.A because her man was chatterbox without a pause or a stop button, and he couldn’t keep their private secrets.

Which one do you think is plausible??