Types of headache and what they warns about 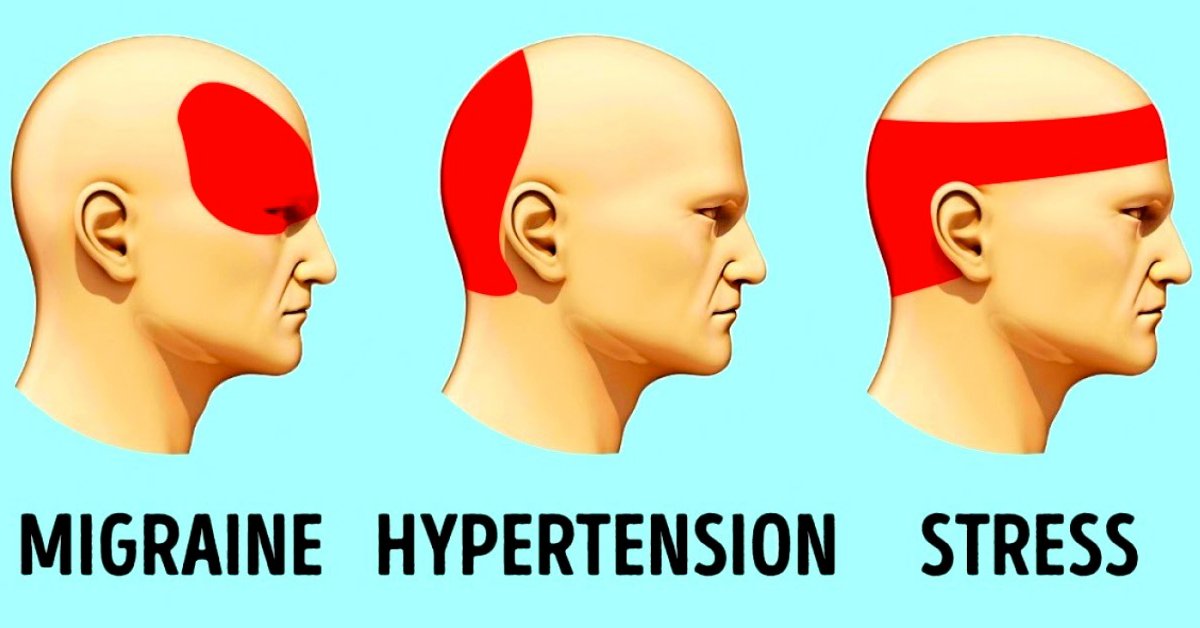 Headaches are of many kinds. Some are long lived while some lasts for just few minutes. Go through this article below and become able to identify what headache are you experiencing and whether it’s the time to see the doctor.

It takes place usually after the strenuous physical activities like running,  weight lifting, hardcore make out, jumping etc. Though they don’t last longer but pain a lot. A throbbing pain is experienced throughout the head and are more prominent in those who have migraines in their genes.

It’s more likely to develop in a person who is in his 50s. As it generates in the mid of the night, that’s why also known as ‘Alarm clock headache’. You will feel moderate pain in both the sides of the head which lasts upto 3 hours. The other symptoms one might feel is nausea and sensitivity to light.

Also called rebound headache, MOH is a common not very prominent headache. It’s symptoms are quite same as those of tension and migraine headaches. You are more likely to experience it if you are a painkiller addict. The symptoms include nausea, headaches, increased heart rates,sleep disturbance and so on.

The consumption of large dose of caffeine can lead to a severe headache attack.  People having more than 200mg of coffee are more prone to it that develops right after the 24 hours of stopping it. The typical symptoms include severe headache, anxiety, nausea and poor concentration.

Due to a sudden change in estrogen level in women, it’s quite prominent in them.  These migraines develop in the women right before their have their periods orr the time when their ovulations began. It’s quite same as the migraine headaches.

Partying late and drinking ounces full of alcohol can result into throbbing pain the next morning that can be felt on the both sides of the head. The person may also suffer nausea or sensitivity to light. There is no cure other than drinking les, or not having it in an empty stomach.

The main reason behind it  is the swelling of the sinuses, which occurs because of the infection or an allergy. The feeling of dull, throbbing ache around the cheeks, forehead, and eyes. The pain increases with movement or any kind of strain. You are more likely to feel blocked nose, fever, sound sensitivity and nausea.

This is severe and recurring. It’s more likely to effect male six time more than female. People suffering from it describe an immense pain occuring behind or around just one eye. The attack can last upto 15 mins to 8 hours a day and it’s quite frequent. People who smoke are more prone to it. While getting this attacks completely avoid alcohol and smoking.

The person suffering from Migraine might feel an intense throbbing pain on either side. Nausea, vomiting, becoming sensitive to light, sound and smell are some of its common features. Females are prone to it than males. As of now, no specific reason has been detected or fully understood. But the studies says, it’s mostly inherited or exists in a person suffering from Depression and epilepsy.