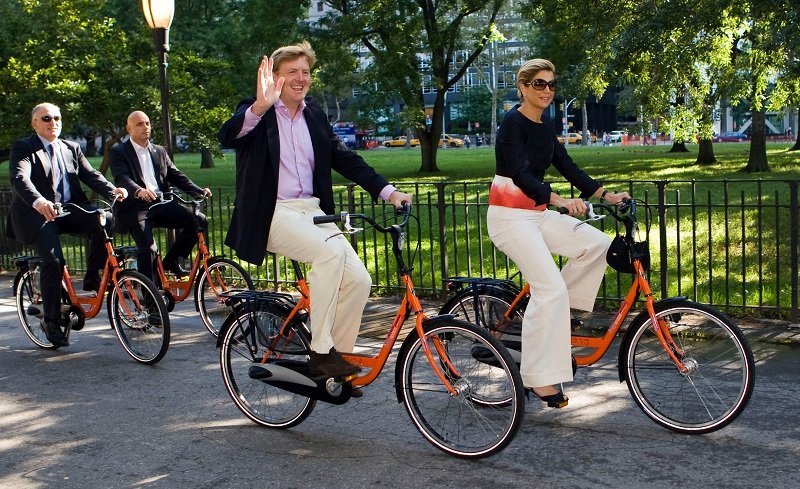 Fresh air, tall people, eyeful of greeneries and a lot of bicycles on the road – when it comes to a discussion of the Netherlands, these are something instantly pop-up in my mind.

There’re actually hundreds of unique things about Netherlands – but these are something which will not only inspire you to visit the country at least once in your lifetime, but also will motivate you to plan a solid future for you and your nation.

The Netherlands is home to more bikes than people

In the Netherlands there is a town where nobody drives cars – seriously! In  cities like Amsterdam and The Hague – approximately 70% of all journeys are made by bike (bi-cycle). Cycling is so common in the Netherlands and such an integral part of everyday life that people don’t concern themselves with having the very latest model of bike or hi-tech gadget.

Netherlands is the only country with no abandoned pets

It’s hard to think about, isn’t it? Especially for all of us who live in India, Bangladesh and other Asian countries. Not only the Dutch people love dogs, but the Netherlands has very strong & sensitive laws for pets. If you’re in Netherlands, you can take your pets in restaurants as well as in bus, train and metro. Taxi drivers can decide for themselves whether they want to take your pet.

To phase out CO2 emissions and to change the pattern of using fossil fuels in order to save the Earth – Netherlands government is planning to ban all gasoline & diesel-powered vehicles soon.

The Netherlands is the healthiest country in the world for diet

As per a study conducted by “Good enough to eat”, investigated the diets of people from 125 countries around the world, the Netherlands beat a number of European countries, including France, Switzerland, and Austria.

No trips to the Netherlands would be complete without stopping by the iconic windmills of the country – some of which are as old as 160 years.

These windmills are traditionally used for a various purposes – from irrigation to grinding grain –  only a few still operate commercially.

The Netherlands is closing dozens of prisons every year because of high cost of maintaining them. And the reason why the prisons are not cost-efficient is a national blessing – the country’s steadily declining crime rate, which is why there are thousands of prison cells kept empty for many years.

The Netherlands accounts for more than 600 wildlife bridges, protecting the red deer, endangered European badger,  roe deer, wild boar and thousands of other species of animals.

A sustainable transportation system is Netherland’s one of the biggest strengths. In order to encourage citizens to avoid using gasoline and diesel-powered vehicles, the authorities have established – which is, in many areas, as close as 50m.

The Netherlands has the thirteenth-highest per capita income in the world, according to the International Monetary Fund. Perhaps that’s why it is such a happy country!

People Have a Passion for Foreign Languages

Although the official languages of the Netherlands is Dutch, Frisian & Papiamento, the citizens of the country has great interests in learning foreign languages. Almost 80% of the population speak English, 35% of them speak French and 20% of them speak German.

Dutch kids enjoy such a childhood that many of us are nostalgic for. Kids at primary school are not expected to do homework – and they don’t swot for exams. Moreover, Dutch people have a realistic perspective on parenthood and understand that they (and their kids) are far from perfect.

Previous articleStuff Your Parents Say – What They Actually Mean
Next article10 Coolest Robots You can Actually Own under $1000 (…. in 2018)