Brave Enough to Spend a Night in These Haunted Places of Delhi? 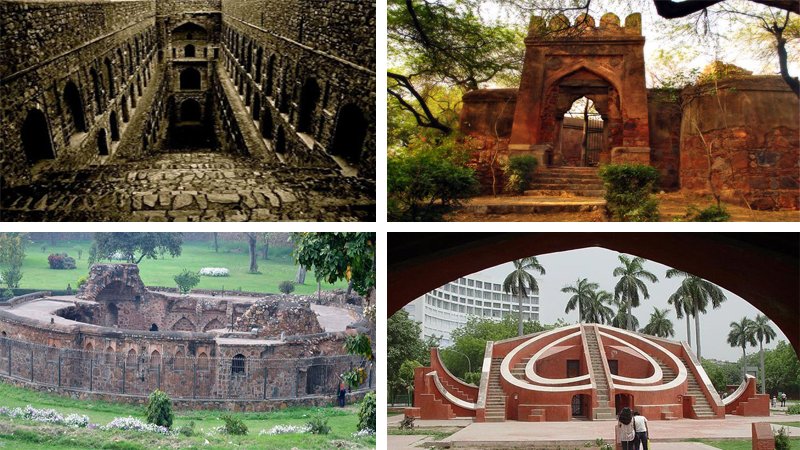 Do you believe in negative energy? Or a parallel world that appears after the sun goes down? Well, the world is certainly full of places that are surrounded with mysteries that we have not found answers to. Here are some infamous haunted places around Delhi I bet you definitely didn’t know about.

This house in Greater Kailash has witnessed the brutal murder of an elderly couple. The myth states that they have returned as spirits to reclaim their house. Doesn’t it sound like a perfect script of a Bollywood movie? A house in Greater Kailash area has the same kind of story to relate. Localites unfold the story with horror, that they’ve often heard the screaming and screeching of couples in this otherwise deserted house.  Muffled laughter is heard erratically from the house, every now and then. This paranormal house has a kind of dizziness prevailing around which can be felt by everyone who passes by.

This river in Rohini is much similar to Bermuda triangle. A small stream can be seen flowing in the west Delhi region near Rohini district. Surrounded with green trees and vegetation, this stream is haunted. The residents, faced several mishaps and mysterious incidents. People are scared of roaming around or near this stream too.

People believe that if anybody gets in touch of the water of Khooni Nadi, the stream Gulps down the person in! Locals also believe that there have been several such incidents in the past, where people have drowned in this otherwise small stream.

Residents also claim that they have heard sounds of screaming and crying near the stream at the time of the dusk . One stupified fact to notice is the shallow depth of this stream, yet the highest number of drowning accident

well, it’s quite a daring task to roam around this old and ruined hunting lodge. One of the topmost ranked haunted places in Delhi. All you can see is creepers and creepers around that also naturally make its appearance feel haunted, people have confessed to have perceived loud screams and noises coming from the fort. No one is allowed to remain in the precincts of the fort at night, strict restrictions in the fort have been imposed. Guards have been stationed to stop anybody from stepping inside the fort after the sun sets.

It’s actually supposed to be the most safest place of Delhi. But wait till you know this! Many people have seen a roaming witch wrapped in a white saree asking for the lift and when the passerby rejects to offer, she follows the car with matching speed. Wondering why does she need lift, If she already has tyres matching the car’s speed in her feet ! LOL!

It’s considered as one of the most haunted places in Delhi. Many passersby has witnessed the spirit of a Colonial Era British Man wandering in the area. Surrounded by the numerous monuments,  it indeed appears haunted.

Just right after half a kilometer from Kashmiri Gate, you will find a Christian Burial Ground of the British era. Rumours have been that the spirit of a headless soldier who happened to Shove his head when cheated and ditched by his love is believed to have haunted the place.

This bloody gate is a monument that has numerous bloody history associated with it. The most popular one of all is about Bahadur Shah Zafar who was executed here. It is believed that many foreigners who have visited here have experienced strange spirits that still lingers around here.

One of the most popular hangout spots in Delhi, Chor Minar’s holes are believed to have been spiked with spears that bored the heads of thieves during the reign of Ala-ud-din Khilji. Speculations have been that the ghost of these thieves lingers here all night.

This often peaceful area of Delhi has giv3en some unsettling experiences to the commuters here. People have confesses to have felt a gust of inexplicable energy taking them a back all of a sudden. A paranormal sight of a woman appears out of the blue proves that the place is infested with the spirits.

Popular as the “ Lung” of the city, nearby residents of Sanjay van considers it one of the spirit infested places around. The numerous spirits of mausoleums Sufi Saints in the forests is believed to have scare the shit out of the passersby in this dense forest.