Film-making is no cake walk and we all understand it. Sometimes we see obvious mistakes in the continuity of the scenes/ But that has its own joy. Here are some funny noticeable movie mistakes that went unnoticed even when you have watched it a zillion times.

Pyaar ka Punchnama was no doubt a s movies that successfully garnered everybody’s attention. But this movies have some noticeable stupid mistakes too. In the beginning scene of the movie Liquid, choudhary and Gogo leaves for their usual chai adda in their open air jeep. While they reach, you find them gossiping,venting out their frustrations about work, life and little money. When they are finished with their chai, the scene show these boys leaving into the jeep. No where did the bike go this jeep come from?

This Movie Gunda was no doubt a major hit, but the mistakes during some of its action scenes were too hilariously funny to ignore. Mithun- the protagonist of the movie sets out on seeking revenge from the murderers of her beloved sister. In order to kill the politicians, he first hides himself behind an auto, and nobody sees him, then he again covers himself behind a bicycle and fires several round on to the car’s mirror and the car suddenly starts sliding down and is eventually blown to atoms. And guess what? Nobody sees him. Well, only Mithun can hide behind the bicycle and not get caught , after all our Disco Dada can do anything…..

Ra- one was a terrible movie that none liked. Recently when I saw the movie twice, well obviously I was sitting in the airport waiting for my luggage to arrive and could not think of anything else but to watch the movie in order to kill my time, I figured out some ridiculously stupid mistakes that I’m sure many of you would not have noticed. In one of the scenes of the movie, Shekhar Subramaniam played by Shahrukh Khan is killed during the fight with his own creation Ra-1. Shekhar is now placed in a coffin and Sonia decided to leave for his native place India. His wife and son mourns on his death and the coffin gets buried eventually. Now later, when Sonia arrives we find Sonia dropping the ashes of her husband into the river with the son. WTF?

Because if there was logic there would have been any Bollywood movies especially the rom com flicks. DDLJ is one movie we all love. But sadly, this movie defy all the reasonable logics too. In the last and the climax scene of DDLJ when Bauji finally agrees and says ‘Ja Simran Ja jeele apni Zindagi”, Simran runs towards the running train as she is running some marathon. Even though she could have chosen to step into the nearest door that was just right beside her, she chose to embrace Shahrukh khan first, after all who cares for running trains??

5. The movie P.K  was truly an amazing out of the box movie, but sadly, it too had some silly mistakes no one could ignore. According to the film, P.K who is taken to a whorehouse by Sanjay Dutt, learns speaking Bhojpuri after holding the sex worker’s hand for about 12 hours and transfers her database into his system. In a different scene P.K is unable to recognise what a condom is! Now, do you think any sex worker can ever be unaware of the condoms?? 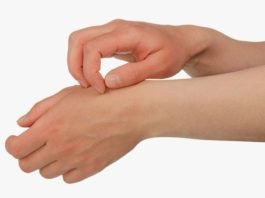